Here are some red flags from relationships, picked from this list. 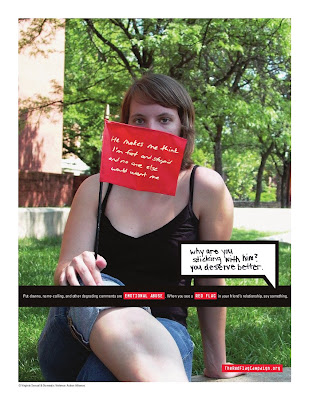 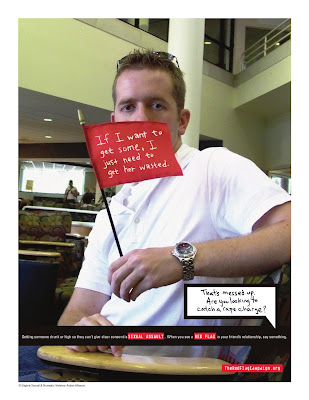 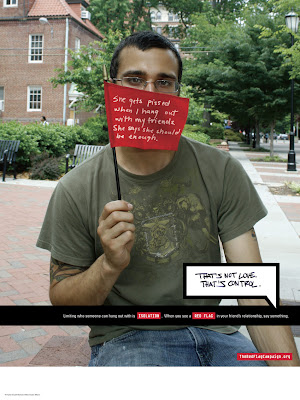 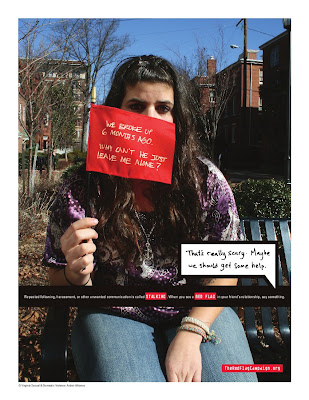 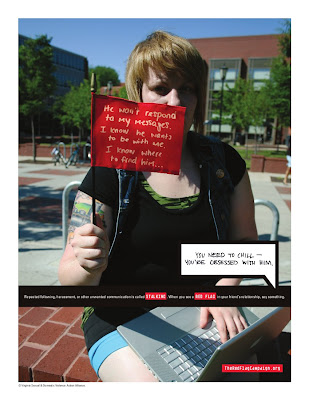 Check out The Red Flag Campaign.
Posted by Naomi at 11:34 PM No comments:

Why I Hate Twilight

There's plenty of reasons people are and aren't fans of Twilight. Mine are mostly to do with dating violence.

First of all, I don't see the appeal of vampires--they are inherently violent and must weaken others to feel stronger. Why is it sexy that someone wants to kill you?? In Twilight, Bella's complete lack of concern for her safety is seriously disturbing. Edward tells her he wants her blood, and she is blinded by love that he won't hurt her.

Which is a seriously not okay message to be sending. If a guy tells you he wants to hurt you, even under the guise of "love"--get out. It is not a healthy relationship.

Bella and Edward's relationship is a model of the typical codependent relationship, under the veil of romance. Bella doesn't seem to have the self-preservation instinct when it comes to being in love with a vampire. She believes that Edward would never hurt her, even though he has told her that she should be scared of him. Bella also has nothing else going on in her life besides her boyfriend, the sparkly vampire, teaching that having a boyfriend is the only thing that is important.

Edward is always very possessive of Bella, which is a red flag in relationships. Yes, relationships involve a certain amount of commitment and accountability, but thinking you have the right to know who your partner is with, where they are, what they're doing, at all times... is not okay. People have lives outside of their relationships--which is part of a healthy person and a healthy relationship.

When Edward leaves her, she attempts suicide. Yes, breakups can suck, but this shows that she was entirely too dependent on him, that she would get to this point.

At the heart of it is a love story, so I see why people like it. But it has such disturbing elements in it, that I can never support it. (Other reasons I don't like it: not very good writing and sexist)

Not to make this Harry Potter vs Twilight, but I love this: