How else could I sum up last year without using the world "loss?"

Earlier in 2013, I used to have a living mom and a boyfriend. By August, I had neither. Mama died after a fifteen month battle with cancer. The boyfriend, of almost nine months at that point, chose not to come to her funeral. Talk about adding insult to injury. (Disclaimer: the boyfriend is not the villain in my life, and since our breakup, I have realized many other things that tell me we were not built to last, but it would be dishonest to not say how much that choice did hurt me.) I went into August motherless, single and unemployed.

Also at the end of July, I had a glitch in my phone that required me to do a "hard" reset to my phone so it would function normally again. The particular cord I had to connect to my laptop had become iffy and during the reset, it became disconnected and with that, everything on my phone was erased. Most was backed up, such as contacts and photos and apps, but what wasn't were the text messages. I had had that phone for two and a half years and every text message from that time had been erased. Now that's not the biggest deal, but when your mom had only died a week and a half earlier and you no longer could read text messages from her... it was a big deal.

But I took care of the unemployment situation quickly on August 1st, and was hired on to continue with Austin Learning Academy, where I had done my second AmeriCorps year. While in AmeriCorps, I co-teached/assisted in seven different classes, but since September, I've had my own Advanced ESL Class. The last couple of days of July, I even tried to demand of the universe that it be "Good News August'" because of how much crap had happened in July. The job was certainly good news, and my grandmother's health, which had been so precarious in July as well, was improving. August passed with no major bad news, but in September my pet betta fish (who had lived for four years!) died. I cried a lot more than I thought I would.


And then came the flood.

In mid-October, our family was planning on going to the Texas State Fair, and I had chosen to spend the night in Salado the night before we were going.

But the next morning, my dad woke me up to tell me that David had called in the night and the rainstorm had been so bad in Austin that our apartment had flooded... 3 in. of standing water, coming in through the front door and the walls on the side of the apartment where my room is, reaching almost to the back wall of our apartment.

So instead of getting ready to go to the fair, I got in the car and drove back to Austin to see the full extent of the damage.

I am not the neatest person, and we had only moved in to the apartment a month before, and many things were still in cardboard boxes or stacked in piles on the floor. Even of what was in plastic bins, a couple had been turned on their sides for more space-saving storage in one of my closets, so the water seeped in them as well.

After finally seeing what was damaged, we had several hundreds of dollars of books either ruined completely or warped by the water, much of David's record collection (that had not been unpacked and were in cardboard boxes) soaked, many of my journals soaked and warped, with whole pages unreadable now, all the letters and cards I have saved, about half of which went to recycling and the rest of which I laid out on the floor to dry. My college scrapbook materials were in a cardboard box, so most of that went straight to the trash or recycling--all of my photographs from my year as a photo student--stuck together.

2013 stripped me clean. I know that I am still so fortunate, but loss was very real to me this past year.

And it has taught me in a practical way the lesson I have long heard: You can't take it with you. None of this is permanent, and there's nothing we can do to make it so.

My grandma told me she was hoping that maybe we could have a Good News 2014 like our Good News August, but it certainly hasn't been great so far. Health problems and phone problems and weather problems and car problems... Can't escape.

But it's not that there hasn't been good news. And though I've said goodbye and good riddance to 2013 two months ago, I know I can't say goodbye to all bad news. I can only keep moving forward, every moment knowing that loss is simply part of life, and that life is just as impermanent as everything else.

But I have a choice on how to live my life. 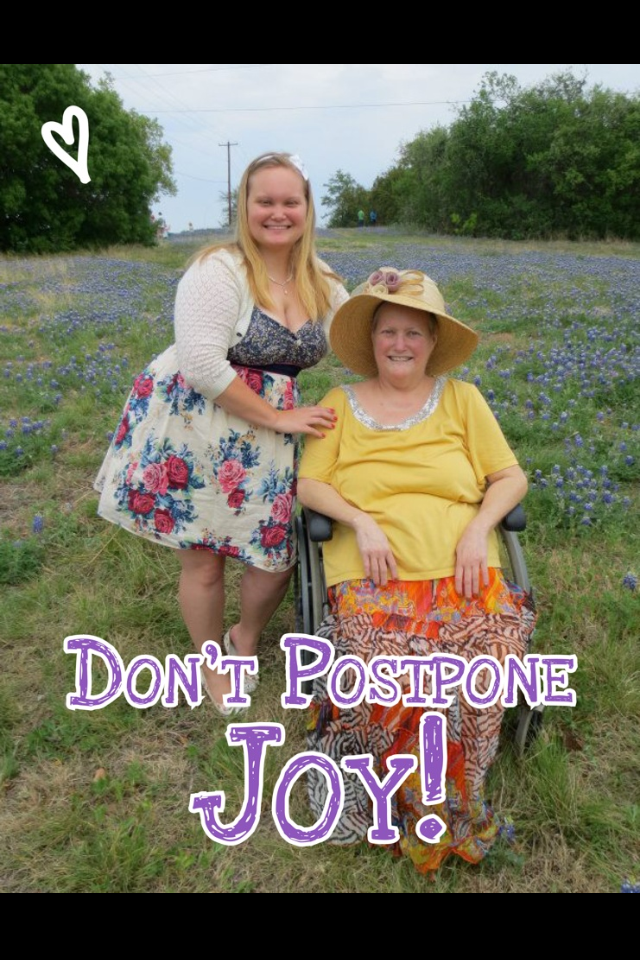